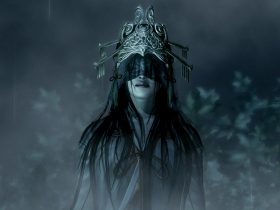 Jett Tailfin, pledged for Wii U back in 2012, will see release this summer, publisher HR Games have announced.

This third-person underwater racer will see players speed their way past tropical islands, the lost city of Atlantis, and ship graveyard full of wreckages. Your goal will be to become the fastest fish ever, aiming to win the coveted Shark Trophy with the aid of weapons and magical power boosts to help secure victory.

We previously learned of multiple fishy characters that you can play as, such as Phil A. Salmon, Hal Hammerhead, Tim Lapia and John Sturgeon, although these may have changed since. Mini-games were also said to appear, including Clam Ball, Sharks and Minnows, and Fishnet Tag.