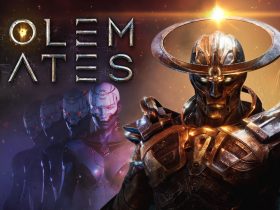 As one of this week’s Nintendo Direct surprises, it was revealed that Shin’en Multimedia’s sequel to their WiiWare title Jett Rocket is now available to purchase through the Nintendo eShop.

Running at a sublime 60 frames-per-second, Jett Rocket II: The Wrath of Taikai sees players once again taking on the Power Planet Posse as they use their Jett Pack to negotiate 2D and 3D platforming challenges. Freefall, jetboat, shoot ’em up and diving levels await you, with bonus levels, modes and secret passages to uncover throughout.