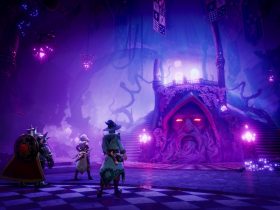 The Media Indie Exchange and Interabang Entertainment have announced that Jay and Silent Bob: Mall Brawl on Nintendo Switch this week.

You play as Jay and Silent Bob in this retro 8-bit side-scrolling brawler. Whether solo or teaming up with a friend, you will be challenged to battle your way out of the mall and back to the Quickstop.

That will see you perform hard-hitting combos, dash attacks and elbow drops to defeat your enemies, as well as mercilessly swinging any weapons to hand.

Jay and Silent Bob: Mall Brawl will release on the Nintendo eShop for Nintendo Switch worldwide on 7th May 2020.