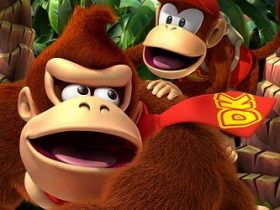 Satoru Iwata, Nintendo President and CEO, has commented during the recent Financial Results Briefing that the company has not seen Wii sales “seriously affected” by Microsoft’s Kinect, due to a lack of “hit titles” for the controller-free motion device.

“I think the image of Microsoft’s Xbox 360 is largely different between Japanese citizens and U.S. citizens,” Iwata begun, in response to a query from an investor as to whether Kinect was having any impact on Nintendo. “I think I can say that the Xbox 360 business has been in a good condition since last summer.”

He continues, “On the other hand, when we talk about whether Kinect contributed to significantly expanding the number of Xbox users, as I have previously shown you the data on the graph, the number of Wii users has grown to about 10 million, but the growth in the number of Microsoft users is much smaller. Therefore, we feel that it would be rather unusual if Nintendo’s Wii market was taken over by the launch of Kinect, or if the users who were playing with Wii quit playing with it and started to play with other consoles.”

Iwata was quick to recognise that it is common that many players across both North America and Europe own multiple console systems, although cited the lack of “hit titles” for Kinect leading to its lacklustre impact.

“Of course, many users in the U.S. have multiple consoles at their homes,” Iwata commented. “Many Wii users also have Xbox 360 and vice versa, so I am not saying that there is completely no effect in terms of use rate. However, hit titles are not being released continually every month for Kinect software, so we don’t believe Wii sales are being seriously affected.”