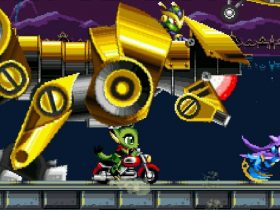 Nintendo’s Satoru Iwata took the opportunity at the company’s recent financial results briefing to rebuke rumours that they are to reveal a new console at E3 2014. Going so far as to call them “groundless.”

Such rumblings stemmed from IGN and immediately began to sweep across sites, suggesting that “multiple people” had suggested that Nintendo would be releasing new hardware and that compatible games would be playable at the show.

Immediately denied by the company, we can now presume that such rumours were instead relating to the Nintendo Figurine Platform announced today. Compatible with Wii U and 3DS, these will utilise the GamePad’s built-in NFC technology whilst a separate device will be manufactured to use the handheld’s infra-red communication.

Nintendo will leverage this to grant themselves more exposure and raise brand awareness, selling toys from their “well-known character IP” that will communicate through such devices, and are to be compatible across multiple software titles that will be shown at E3 2014.

[Thanks Asahi via Kotaku]