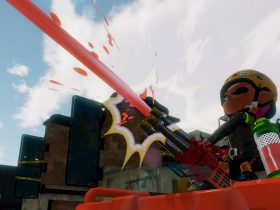 Whilst it has broadened the appeal of the games industry to a wider audience, Nintendo CEO Satoru Iwata has stated that during it was never the company’s intention to solely market to casual gamers.

“There was a misunderstanding that Nintendo was dedicated to such games at some stage of the lifespans of the Wii and the Nintendo DS,” Iwata explained. “We have made efforts to develop video games that are in tune with various consumer tastes; however, we have not been able to gain adequate consumer understanding regarding our intentions, while in the common perception there are no or few core users playing Nintendo platforms, which is not the case.”

He continued to elaborate his point by stating Nintendo’s view that a consumer’s tastes can’t possibly be solely classified as either “casual” or “hardcore” as they may change over time: “Every avid game player was once a beginner, or in other words, there are no born advanced player,” Iwata discussed. “Unless we create a flow from beginner to expert by offering an entrance for beginners and the processes for a beginner to become an intermediate user and from an intermediate to an advanced player, the video game industry will gradually shrink.”

Iwata was keen to point out that Nintendo alone won’t be able to achieve this, and expressed that he would like to work with other developers to continue to expand the general gaming audience, and that allowing players to share data and learn from one another was vital to such plans: “We feel that such a relationship could be more easily established if we could improve the coordination between video game systems and social media.”