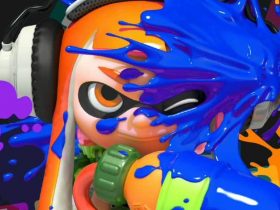 Nintendo’s global president Satoru Iwata has discussed how the company conceived the idea of creating their own social network.

“The outlook for Nintendo fans on social networking services such as Twitter is worsening,” Iwata explained to Nikkei (translated by NeoGAF). “If we look into it, the people who used to post about Nintendo are satisfied with Miiverse and have stopped posting online as much.”

He continues, “When we first spoke about Miiverse, we were told that trying to make a social network now was a fool’s errand. We were asked by many people why we weren’t simply connecting up with Twitter or Facebook.

“But, what we thought would be good about the service has largely come true and, as of right now, our customers are really enjoying it. The networks of people on Facebook and Twitter aren’t all people you are playing games with, right?

“From my viewpoint, I don’t use Twitter or Facebook [privately] but if I were to, it would be about things like ‘Hey, wanna go for a drink?’ ‘Wanna go on a trip?’ ‘Why don’t we have a class reunion?’, and so on, it wouldn’t be just about the people who I am playing games with. Because I couldn’t tell my high school buddies that I had got a high score in Mario Kart. (Laughs)

“We, Nintendo, have always thought this, but games shouldn’t just be about the time you spend with a console, but also telling people that you passed something, or that you found a neat trick is interesting. If I were to put a name on it, it would be empathy.”

It was the legendary Shigeru Miyamoto that began Nintendo pursuing such an idea, with players sharing their accomplishments across games with one another.

“Mr. [Shigeru] Miyamoto has been talking about this concept for years, the reason that the games that he makes are popular around the world is that they have that meta-shared experience between players,” Iwata began.

“Mr. Miyamoto likes making you feel that, and giving you the ability to feel that. It was at a time thinking about that that we received the original idea for Miiverse. Like ‘Ah, this is an empathy network.’

“So, with ’empathy’ as a theme, we created Miiverse to make games played alone not a lonely experience, but one that you could experience with many people. In order to make that a reality, we had to integrate it into our platform, and support it as a unified service.”

As for when Miiverse will become available on PCs and smartphones, Iwata responded: “I can’t make any concrete statements about when it will be available yet, but it won’t be far away.”

“If there was Miiverse on the 3DS [Note, the article mentions this is still the intention] it would probably be something amazing. If Miiverse and Animal Crossing were integrated together, we’d have the chance to create something even more awesome [than what is going on now].”