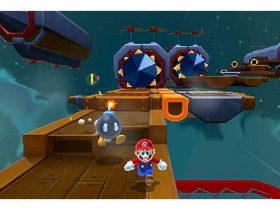 Cast yourself into the world of Ivalice, as the Legacy of Music video series for Theatrhythm Final Fantasy: Curtain Call continues.

This fifth episode explores the soundscapes of Final Fantasy XII and Final Fantasy Tactics, both games set within worlds torn by political machinations, the watchful wrath of kings and princesses, and those who would dare to attempt to expose the dark truths behind their thrones.