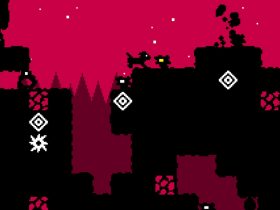 Dig Dog Hunts For Bones On Nintendo Switch This Week

I love a great multiplayer experience. Sitting around with a group of friends (or family, I’m not fussy) and battling it out in Mario Kart 8 Deluxe or attempting to work as a team in Overcooked: Special Edition have been among some of the biggest and best highlights on Switch. So much so we always find ourselves eagerly anticipating the next exciting, fun, multiplayer hit. Is the Digital Kingdom-developed Invisiballs it?

Invisiballs is a multiplayer experience that plays out a little like a cross between hide and seek and Luigi’s Ghost Mansion from Nintendo Land. In the game you and up to three others play as round coloured balls darting about a neon stage, your movement restricted merely to flicking the stick in a particular direction and following that path until you hit a wall or blockade. The aim is to attack your opponents by pressing the A Button as they cross your path. Sounds easy, right? The catch with Invisiballs, however, is that all the players are invisible a lot of the time making it tough to decipher your location let alone theirs.

Using the Joy-Con’s HD Rumble feature as an aid, you’ll be able to tell when you hit a wall making navigating slightly easier. Using your attack will also make yourself visible to everyone momentarily, an obvious risk but one that’s often necessary when trying to gain your bearings and of course attack. 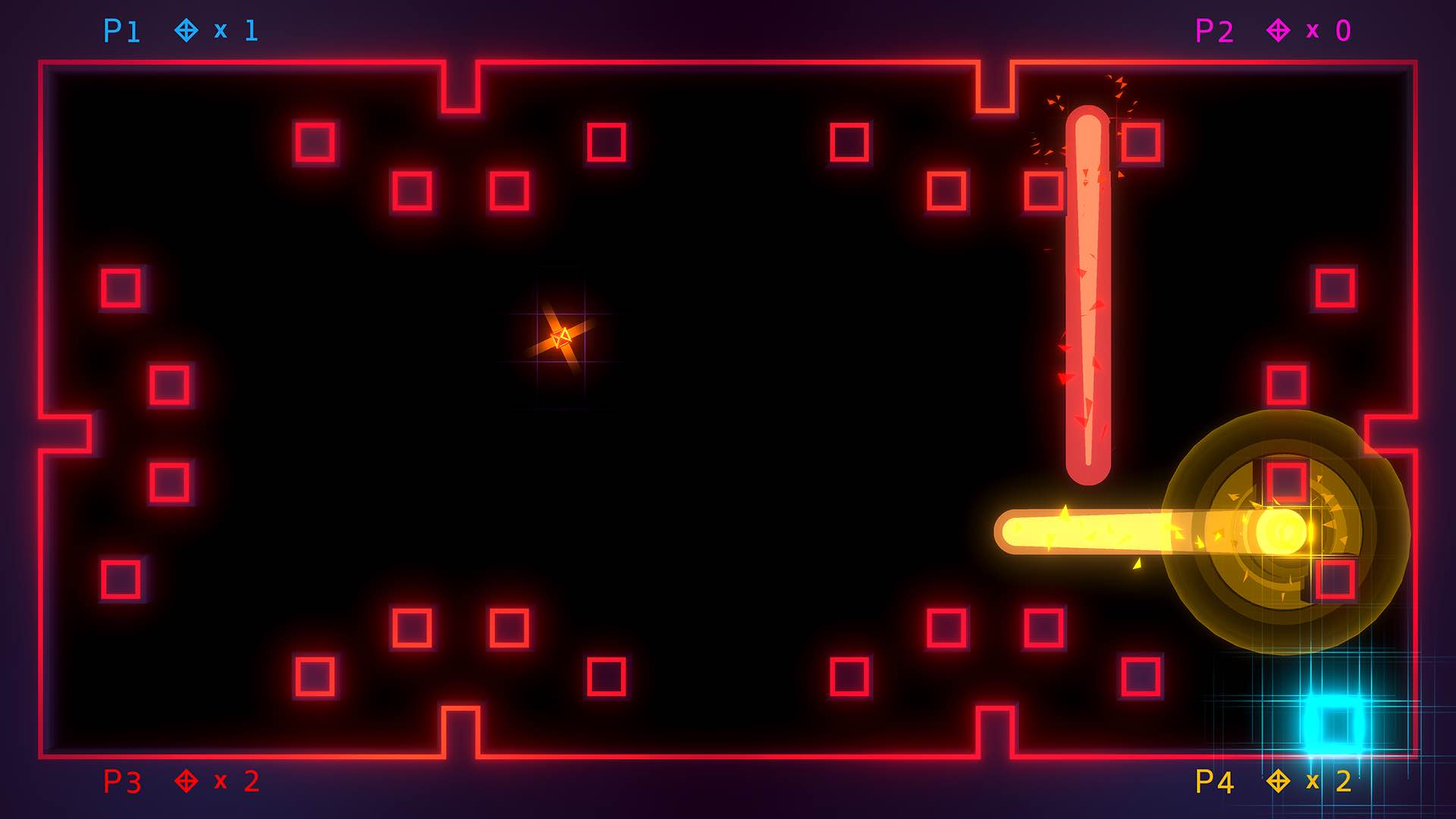 It’s a simple idea and one that creates some tense and competitive moments especially as the game doesn’t allow you to simply spam the attack button. Do you reveal your location to throw your opponents off? Do you stick to one area? Or do you simply skate around searching for trouble? On the flip side though, there are awkward moments aplenty where relatively little happens, players either trying to figure out their location or simply playing mind games with one another. It’s a game of two halves, one exciting and tense and the other slower paced and sometimes confusing – a combination that for the most part results in a fun time.

Invisiballs has two modes with a third promised in a future update. Free For All is exactly what you’d expect focused purely on racking up the most kills. Gold Rush meanwhile has players scrambling for a single piece of treasure, the aim then being to hold onto it long enough to gain a point without falling victim to another opponent’s attack.

As for the maps, the nine on offer range in size and layout but none truly stand out in any meaningful way. You have the one with narrow corridors, the one with a slightly more open feel, the one with a more open feel still and the one somewhere between the first and second one and so on. If there had been some sort of gimmick to the stages it would have added a little more variety to the gameplay. Instead, we have stages named things like “Chambers” and “Nervous” that merely feel like a random assortment of shaped lanes and blockades. 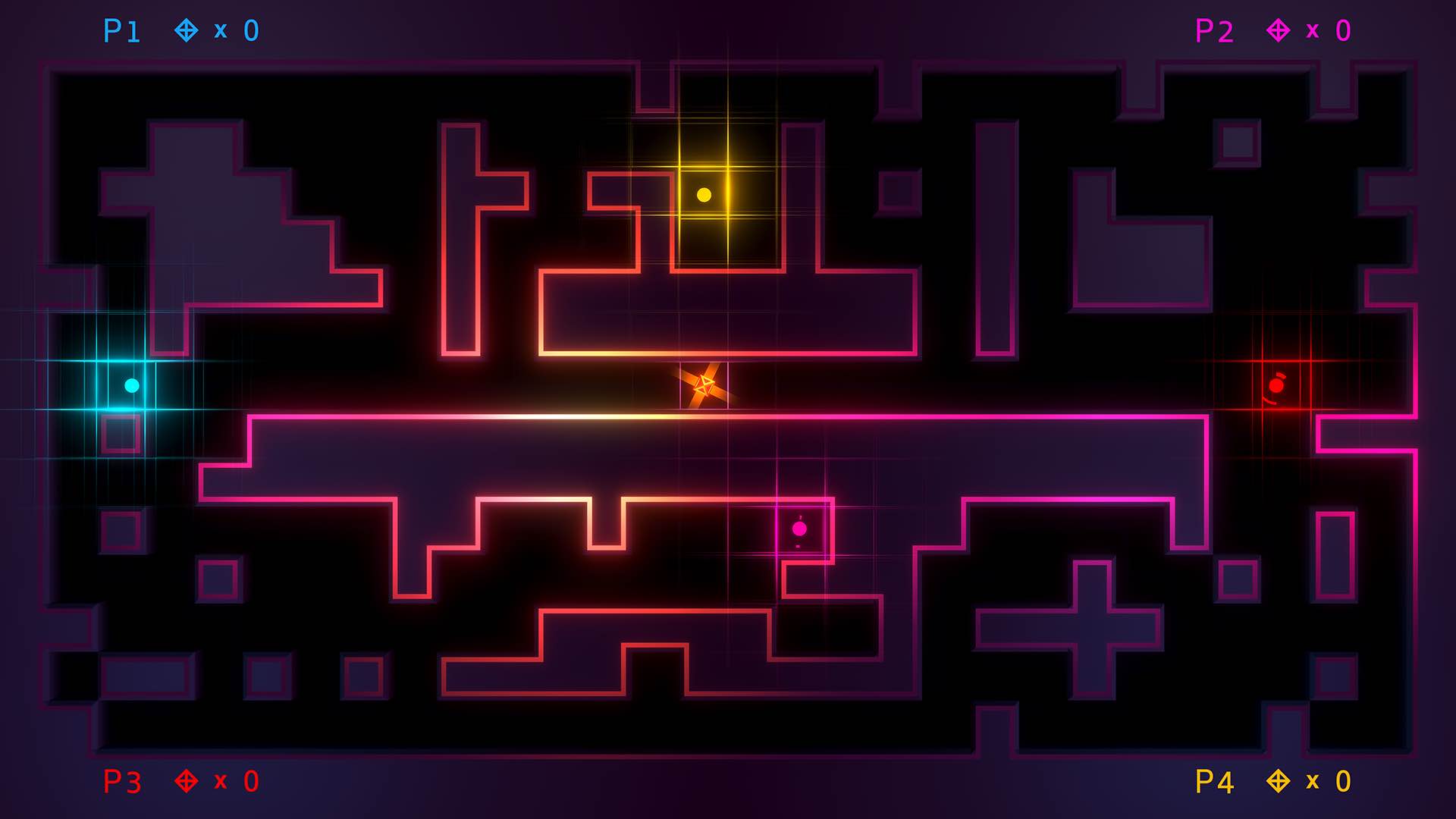 It’s because of this lack of variety and options that Invisiballs falls victim to repetition even when playing in a full four-person group. Things like weapons, extra modes and better stage design might have helped shake up the base formula in some interesting ways, something the game is clearly in need of. It’s a real shame too because the central idea is a solid one that could have been something bigger and better. And while the developer has promised to support the game in the future which is great, when you look at what it has to offer right now, you can’t help but wish some of that content was already there.

Visually, Invisiballs sports a modest neon-glazed style that fits tonally with its pulsing soundtrack. While the music might be lacking overall though, the simplistic graphical style actually works nicely especially as the action slows down when a player bites the dust.

Invisiballs is an interesting and unique idea unfortunately held back by a general lack of depth, variety and content. While there’s certainly nothing quite like this on Nintendo Switch at the moment, Invisiballs feels like too basic a package to keep you hooked for much longer than a few sessions. Perhaps future updates will add some interesting new features.