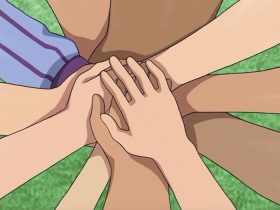 Inazuma Eleven Ares Is Being Localised For Western Release In 2019

Zen Studios has announced plans to release Infinite Minigolf on Nintendo Switch, which promises incredibly accurate ball physics, dazzling graphics and detailed environments that each have their own distinct theme.

Players can participate in eight-player online multiplayer and local multiplayer matches, with single player modes to help you hone your skill as you work toward unlocking new gear and how to best use powerups to secure a victory.

Those that are looking to unleash their creativity can turn to the course editor, using a robust toolset to place course tiles and gameplay objects to create your own minigolf courses to share online with the world.

“Zen Studios released Planet Minigolf on PlayStation Network back in 2010 and players are still enjoying that game today. The community has been very vocal over the years, sharing their ideas for a new game, and they gave us more than enough new ideas to come back and develop a minigolf game for this console generation,” shared Tamas Balog, head of studio at Zen Studios.

“The team has spent a lot of time developing better tools for players to make their own content – which was the number one request from players. If you enjoy minigolf as well as creating and sharing your own content, Infinite Minigolf was designed for you.”

Infinite Minigolf will release for Nintendo Switch on the Nintendo eShop in spring.