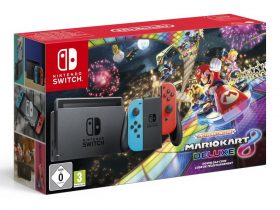 Infernium is a first-person survival horror game that doesn’t waste any time setting the scene. The game loads up, you press the A Button and you’re playing. It simply throws you right into the action with no time to prepare and no time to work out what is even happening. It’s the kind of game that punishes you for virtually every wrong turn you take, which is what makes Infernium both terrifying in a good way, but infuriating too because it means you will be doing a lot of the same parts over and over again.

Infernium sees you wandering around this game’s version of hell. I say this game’s version as it isn’t the typical depiction of hell you will be used to, the one that is largely filled with demons and fire. No, here we have quite a nice looking place, brightly lit, waterfalls, it’s certainly a decent change from the norm. The compensation to this is you’re frequently being followed and shadowed by mysterious beings that kill you the instant they come into contact with you. Swings and roundabouts, I guess. 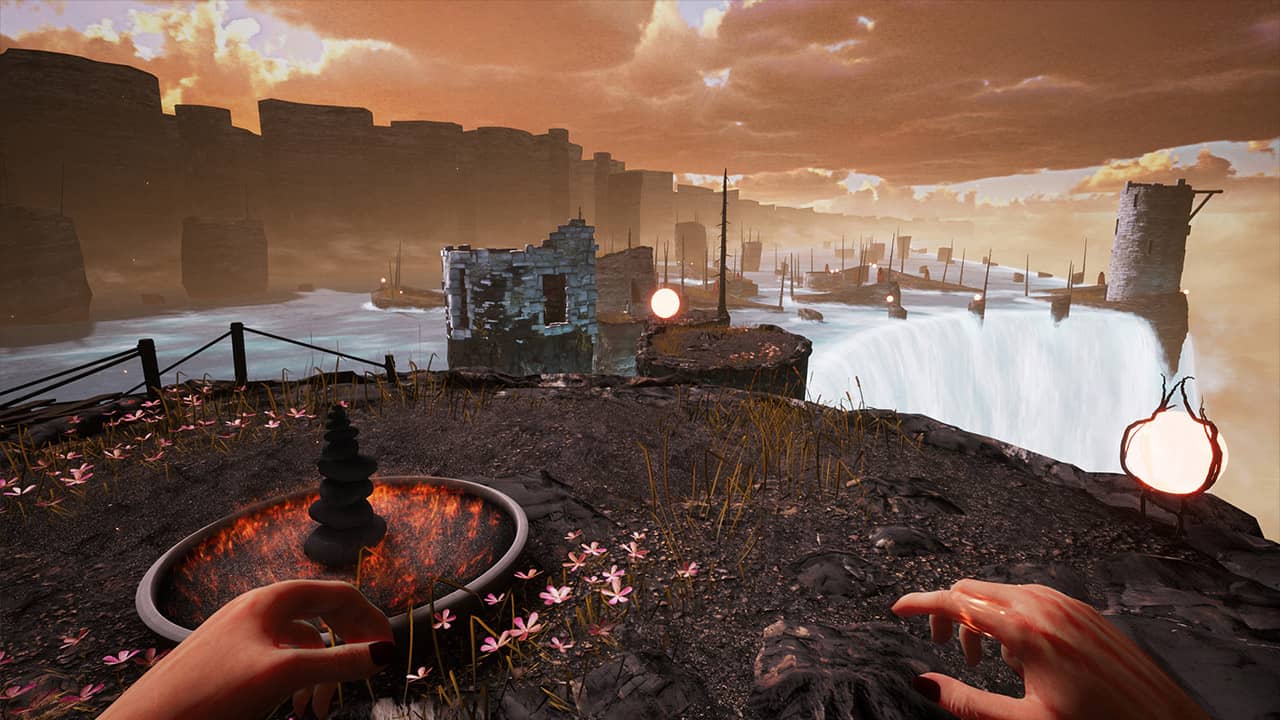 It’s whenever you get close enough to one of these robed beings that they start following you, so you will always know when one is after you, albeit rather slowly. But this is what makes Infernium a tad petrifying. Even though you might create quite a big gap between you and this thing, which allows you to have that little bit more time to look around, you also know that every second you’re standing still, they are catching up, and so it’s constantly in your mind. It is rare for a game to make me genuinely fearful of the enemy but Infernium pulls this off wonderfully. Just the thought of turning around and seeing it within touching distance was enough to send a chill down my spine. This feeling wears off slightly over time, but I think that’s the same with a lot of horror elements in general.

The early hours of Infernium can be a bit off-putting as you will find yourself wandering around not really knowing what you’re supposed to do. You are given a very brief rundown of the controls, you flick a few switches that open doors and drain some orbs, of which you have no idea what they’re for. You then come across the robed enemy, probably die instantly because you’re not sure where to run, and then clumsily make your way back to the opening again thanks to some kind of shadowy hall that allows you to respawn. It’s not the best opening to a game, I have to say, and it can leave a bad first taste in the mouth.

Once you do respawn, you will notice that certain things will stay the same. Any doors you’ve opened on your way will stay open for example, which helps in terms of not having to recreate your exact playthrough again any time that you die. Although sometimes this isn’t to your benefit as if you took a lift up, it will still be at the top, and calling down lifts takes a lot longer than just simply walking onto the lift. The same happens with any doors that you closed behind you to trap the enemies inside. This might sound a bit nit-picky, but when you are doing this for the fourth or fifth time, you will understand why it’s important to note. You also have to memorise a lot of things too, such as where the enemy is lurking (which never changes, thankfully), certain hallways that led you down a blind alley, and doors that you can’t pass yet that will therefore potentially trap you. Not memorising one of these can be the difference between progressing and having to do the whole thing again because you died. 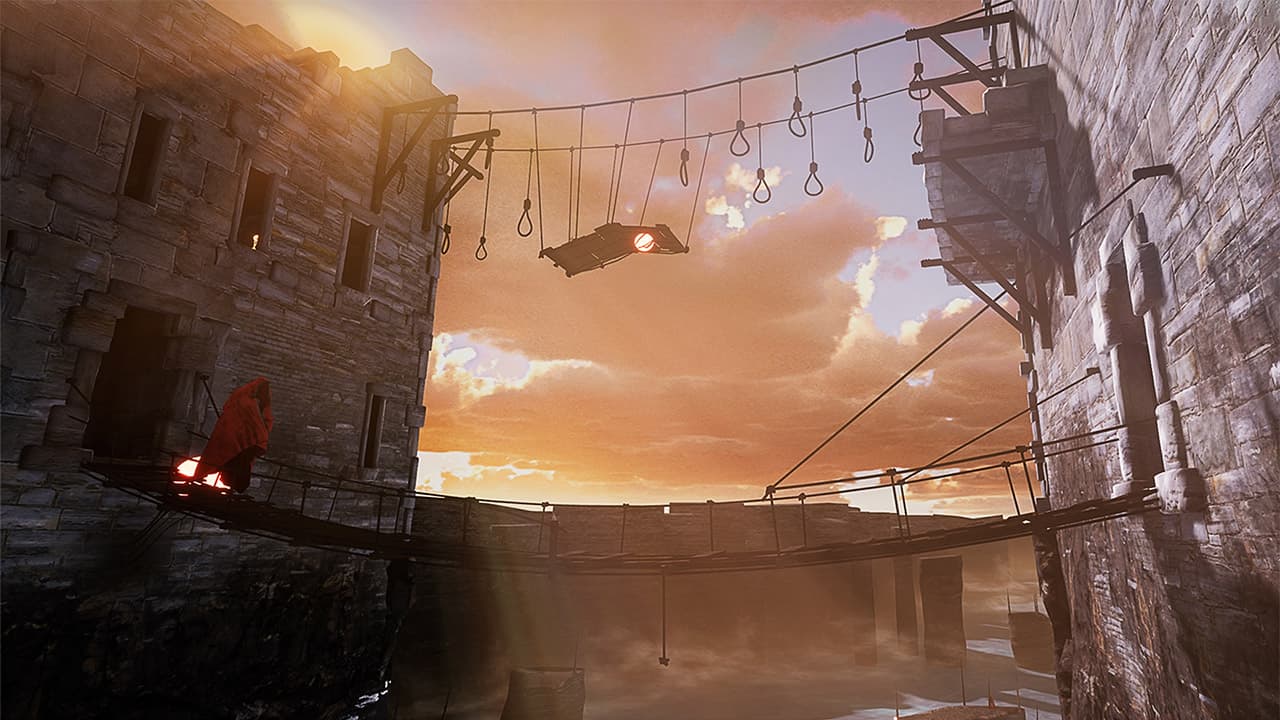 Whenever you die and are sent to the shadowy hall, you will notice that there are orbs littered around the room which indicate lives. There are 25 of these lit orbs to start with so, as expected, you have 25 lives. Once these are gone, that is it, you have to start over from the beginning. I have to mention that there are checkpoints dotted around in the game where, if you were to lose all 25 lives, you wouldn’t start the whole game over again, you would just start from that point. 25 lives sounds like a fairly big amount but you will find yourself dying quite a lot and they will start to dwindle fast. You are able to regain back some lives by finding your former defeated self and draining the orb that now sits there.

Infernium looks great and generally performs decently enough. I did notice a few slowdowns when playing in handheld mode but nothing major. It’s the music that impressed me as whenever you encountered one of the enemies and they start chasing after you, the music went from practically nothing to a very disturbing and creepy one and it, without doubt, ramped up the tension during those moments as it indicates that you’re not safe and you know that until that music goes, you need to keep running.

Infernium is a game that’s all about memorisation and trial and error, which might very well be more towards your taste than mine. I felt like sometimes I would just have to die in order to progress as I made a slight error, but I grew tired of the mundane way the game forced me to respawn and get all the way back to that point again. Once or twice doing this is fine to a degree, but the more and more it happened, the more it damaged my enjoyment with the game. It’s a shame because it’s a genuinely scary game that has more going for it on that front than a lot of other horror titles. When you’re being chased it’s honestly such a heart-pounding moment. It simply misses the mark in other areas needed to be considered a truly great game.