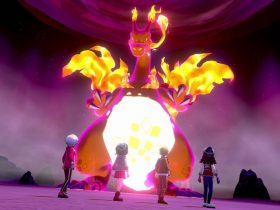 The hand-drawn and animated action RPG platformer centres upon Ajna, a good-natured tomboy with a rebellious streak.

Raised by her father on the outskirts of their rural town, her life is thrown into chaos when her home is attacked and, soon after, a mysterious power awakens within her.

Ajna will encounter many “incarnations” on her quest, which are essentially people that she can absorb into herself and manifest to fight alongside her. There are many to recruit, that each with their own story and personality.

Your goal is to unite people from faraway lands, as a chance for Ajna to learn about herself, the world she inhabits and how to save it.

Indivisible is now available on the Nintendo eShop for Nintendo Switch worldwide, with the physical release to hit retailers across Europe on 26th June 2020 “with availability in the Americas in the days following as supply chain allows.”

Whereas H2 Interactive will publish Indivisible digitally for Nintendo Switch in Korea and Hong Kong on 28th May 2020, while Spike Chunsoft will publish the game at retail and digitally in Japan on 16th July 2020.