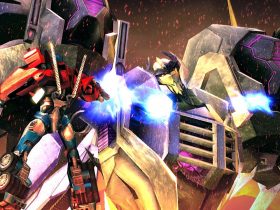 BAFTA award-winning indie developer Size Five Games have cast doubt on whether Nintendo will see success with the Wii U.

Studio founder Dan Marshall believes that it will see them once again remain a hardware generation behind their competitors, leaving them at a disadvantage.

This is striking, as indie developers who have already published software through the Nintendo eShop have been full of praise for the new direction taken.

“I’m not sure about the Wii U because I haven’t touched one, but I bought a Wii on launch day and got my £179 worth of joy out of it by playing tennis with my mother. That was enough for me,” Marshall began.

“I think Nintendo’s problem is actually one of software rather than hardware. I played Mario Galaxy, and enjoyed it, but played Mario Galaxy 2 for about an hour before I realised I was playing exactly the same game and was bored sh**less of it. After a while, the Wii’s core buckled under its own success.

“It didn’t have the hardware for many games like Call of Duty to justify making a port, so it was basically lumbered with Nintendo’s software for a large part of its lifespan.”

Marshall also believes that Nintendo’s continual reliance on their IP is proving detrimental, and that they will soon see themselves a hardware generation behind their competitors again.

“The problem is, Nintendo end up putting out Mario, Zelda, Mario Kart, Metroid, all these staples over and over again to the point of self-destruction.

“I think the Wii U looks good in terms of the fact that it’s got Batman and Darksiders and LEGO all coming out for it, but because it’s suddenly going to find itself a hardware generation behind again, it’s going to suffer from the same problems.”

He continued, “I haven’t turned my Wii on in three years probably – it’s been gathering dust because it’s all Mario games that I’m not interested in. So I worry that, because of that hardware gap, the software is going to be lacking in the same way for the Wii U.

“I don’t think the tech behind it is good enough either. But I will say that the original Wii controller wasn’t great technically, either. Everyone was expecting it to be 1:1 and it wasn’t. Now everyone is expecting the GamePad to be like an iPad, and it’s not.” 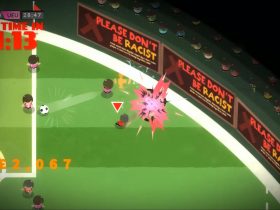