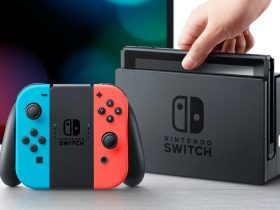 Nintendo Switch Back In Stock At GAME This Week

Merge Games and Dark Screen Games have revealed that Bounty Battle will release on Nintendo Switch.

This is pitched as “the ultimate indie fighting game,” letting you pit your favourite indie heroes against one another.

These characters have been plucked from games such as Guacamelee!, Dead Cells, Darkest Dungeon and Owlboy, and will now have the chance to battle it out in this 2D fighter.

There are more than 25 fighters from over 20 different indie games, and each comes with their own move set, special attacks and Minion companion that you can summon.

With modes like Tournament, Local Multiplayer, Tutorial and Training Room, up to four players can take each other on in over 10 different arenas.

Bounty Battle will release on the Nintendo eShop for Nintendo Switch worldwide in Summer 2020.