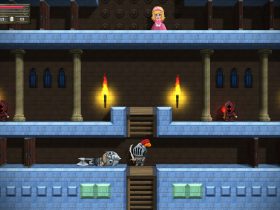 Confront Danger In King Lucas On Nintendo Switch This Month

After the popular response to allowing independent retailers across the United Kingdom to sell digital PlayStation software, CentreSoft subsidiary DLCSoft will shortly do the same with Nintendo’s output.

Wii U and 3DS games will become available from mid-July, with DLCSoft indicating their belief that stocking Nintendo eShop codes will benefit retailers in allowing them “to establish their stores as a true digital destination on the High Street.”

As far as I’m aware, prior to this only specialist retailer GAME were stocking Nintendo eShop codes across the UK, covering retail, Nintendo eShop and Virtual Console downloads. That includes titles such as HarmoKnight, Fallblox, and The Legend of Zelda: Oracle of Ages.