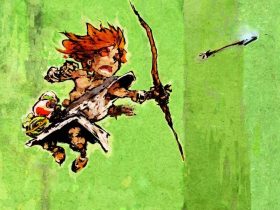 From the Street Fighter series, Ken is an echo fighter that has similar moves to his rival Ryu but can move slightly faster and has a different-shaped Hadoken. His appearance is based on Super Street Fighter II Turbo.

Whereas Incineroar was first seen in Pokémon Sun and Pokémon Moon – the final evolution of Alola region starter Pokémon, Litten. It uses pro-wrestling moves and has an epic Final Smash called Max Malicious Moonsault, which is based on its Z-Move from the Pokémon series.