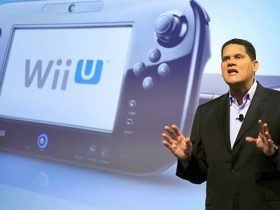 Inazuma Eleven, described as the “football meets action role-play” game, will finally be making its way to the United Kingdom and Ireland next month, having been made available across Europe earlier this year.

Having already been turned into a popular manga series that has broadcast in parts of Europe and Asia, it saw a UK premiere on Disney XD yesterday (Monday 25th July 2011), and the Nintendo DS title follows the journey of teenage goalkeeper Mark Evans as he tries to recruit the best players possible for his school football team to ensure that they stand the best chance of winning the prestigious Football Frontier tournament. Additional key characters include Axel Blaze, a talented striker with a secret, and Jude Sharp, a playmaker for the rival Royal Academy team.

Flying fireballs, power spins, sky kicks, teleporting strikers and over a thousand different characters each with their own statistics, unique skills and special abilities, are all aspects you can look forward to as you aim to build the ultimate football team. Captivating anime sequences serve to enrich the storyline, and players are able to explore the town in the game to scout for potential team mates. In addition if you connect to Nintendo Wi-Fi connection there are over 50 additional characters that can be recruited to your team.

There are also two types of football matches to be played, with either eleven player teams across a standard pitch or 4-on-4 challenges where you’ll find yourself given tasks such as scoring or gaining possession of the ball. You’ll use your stylus to determine the strategy your team takes including pressing opponents, cutting passes, performing slide tackles or scoring goals.

A range of fantasy moves can also be implemented to turn the tide of the game, such as special dribbles, water waves, flying ice kicks or even shooting a football fireball! You’re also able to engage in a local wireless multiplayer mode where up to four users can challenge each others teams or trade players.

Inazuma Eleven will launch exclusively for Nintendo DS across the United Kingdom and Ireland on August 26th.