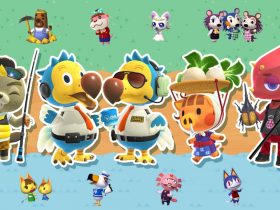 Image & Form Games has announced that they have a game in development for Nintendo Switch.

The Swedish developer’s CEO Brjánn Sigurgeirsson and community manager Julius Guldbog shared the news in a recent video, in which they discuss their experience in learning about the new home console.

Sigurgeirsson reveals that at GDC 2016 in March, he had a meeting with Nintendo where they had asked about the developer’s plans. Responding with a question about Nintendo NX, as it was known at the time, he learned that they were about to send out formal invitations to those interested in developing for the platform.

He was then formally invited to visit Nintendo of Europe in Frankfurt, Germany, where he would be “disclosed.” Taken to an area that was fairly off-limits to even Nintendo’s employees, he was then shown what they had planned for their next console.

From that point, Sigurgeirsson adds that he was unable to even tell the rest of the team at Image & Form about the console, and how fascinated he was to see all the rumours continue to surface online.

What is interesting to hear, is that Nintendo recommended that they respond with “no comment” whenever a journalist asked if they knew about the console. Deciding that was too obvious, Sigurgeirsson chose to dodge the bullet by sharing how the team was excited to find out at the same time as the rest of us.

Whether their next project relates to the SteamWorld Quest name that recently surfaced is unclear, but we’re excited to hear more about what’s next for Image & Form!