I’ve been known to enjoy a good shoot ‘em up experience every now and again and I also enjoy the odd ice cream especially in the hot weather we’ve been seeing lately. Therefore you’d think the pair together would deliver a tasty blend of bullet dodging mayhem and tasty visuals but what developer Dolores Entertainment has actually delivered is something far less exciting.

The general motif Ice Cream Surfer shoots for is one where sweet treats are top and anything even remotely healthy is evil. Take the story, for example, a tale that sees the Evil Broccoli attempting to destroy the galaxy equipped with his army of nourishing foods. Fed up with the constant hatred aimed toward vegetables, it’s kind of hard not to feel bad for the leader, his motivation likened to that of a geek sick of being mistreated by the popular jocks. Then again, perhaps I’m just thinking too much about the complexities of a story involving evil greens. Whatever the case, Ice Cream Surfer isn’t about the story but rather offering an arcade-like shooter experience coated in a sweet, sickly overlay. Does it succeed?

Ice Cream Surfer is your typical shoot ‘em up affair, moving your character about the screen as you slowly edge forwards toward a boss battle blasting away at waves of smaller enemies along the way. While a lack of originality doesn’t necessarily a bad game make, it does need to then deliver a thoroughly polished and satisfying end product or risk being lost amongst other better examples of the genre. Sadly Ice Cream Surfer fails to nail the fundamentals despite its cute aesthetic. 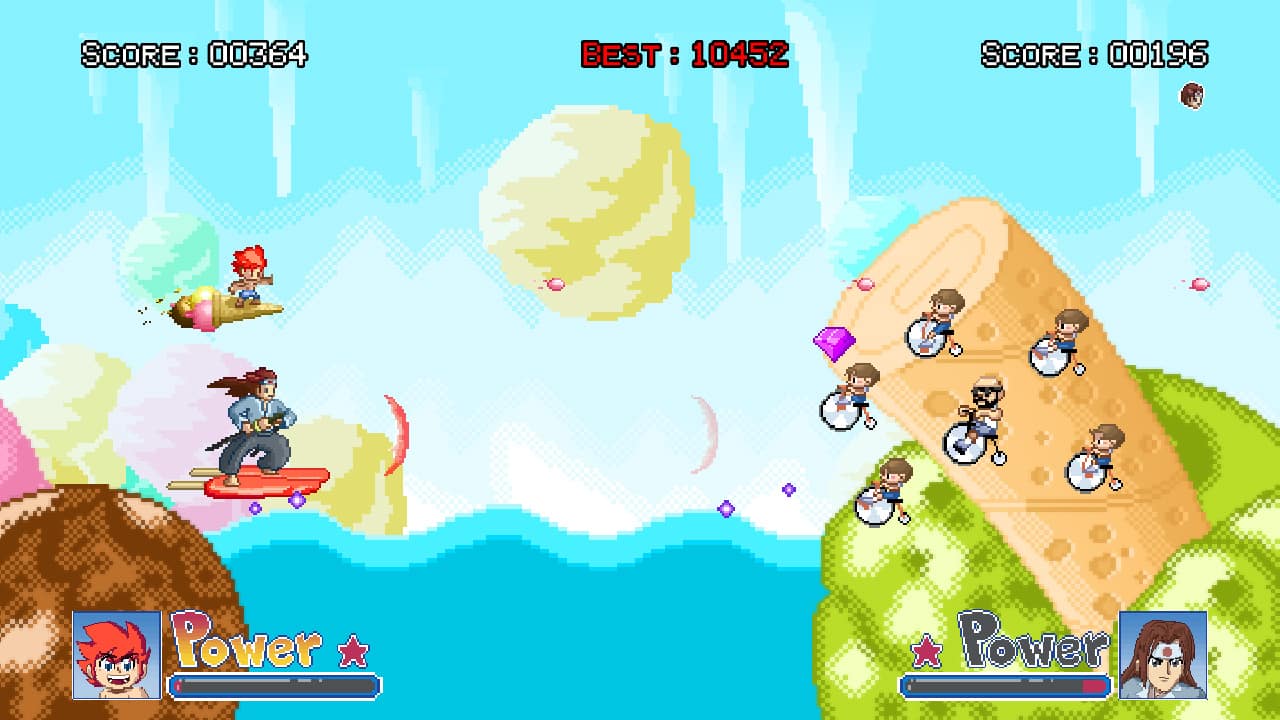 Before your adventure can begin you’ll need to select one of five characters to play as each with their own weaponry and upgrades. You have a little boy who rides an ice cream cone, a yeti on an ice lolly in the shape of a foot, a Superman rip-off sandwiched between two wafers, lady on a Twister and samurai on a two stick lolly. Strangely the game’s character select screen chooses not to reveal any useful information about each. In fact, it’s only through looking up online that I actually discovered this random bunch had names. Still, the game is short enough that it’s not much of an issue simply experimenting with each character and seeing what they can do.

The game will take you through six themed worlds although really this adds little beyond a change in background. Enemies range from polar bears riding frozen treats to floating onions but all either aim to get in your way or shoot the same purple projectiles. Bosses too while much bigger (some even taking up most of the screen) rarely require much more thought than holding the fire button and avoiding one or two basic attacks. Destroyed foes leave behind gems that when collected add to your overall score while ice-lollies offer upgrades to your weaponry. Die and you lose your boosts in attack, a rather annoying problem especially should you find yourself about to face a boss. It’s all fairly standard stuff for the genre which would be fine had it not also committed some basic shoot ‘em up no-no’s along the way.

While the game opts for a pixelated cutesy look, the background can make it tough to sometimes follow the action on screen. Bullets, for example, appear as brightly coloured as the backdrops themselves resulting in numerous situations where they blend in hitting you without realising. Furthermore, power-ups can also obscure a hazardous projectile hiding behind, a frustrating problem that makes you cautious about going anywhere near them. Most important of all, however, is that the game just feels too plain. While movement is fine and the action plentiful, none of it feels overly satisfying. Whereas completing a level in a game like Ikaruga brings with it a sense of accomplishment here it’s followed by a shrug as you move onto the next. 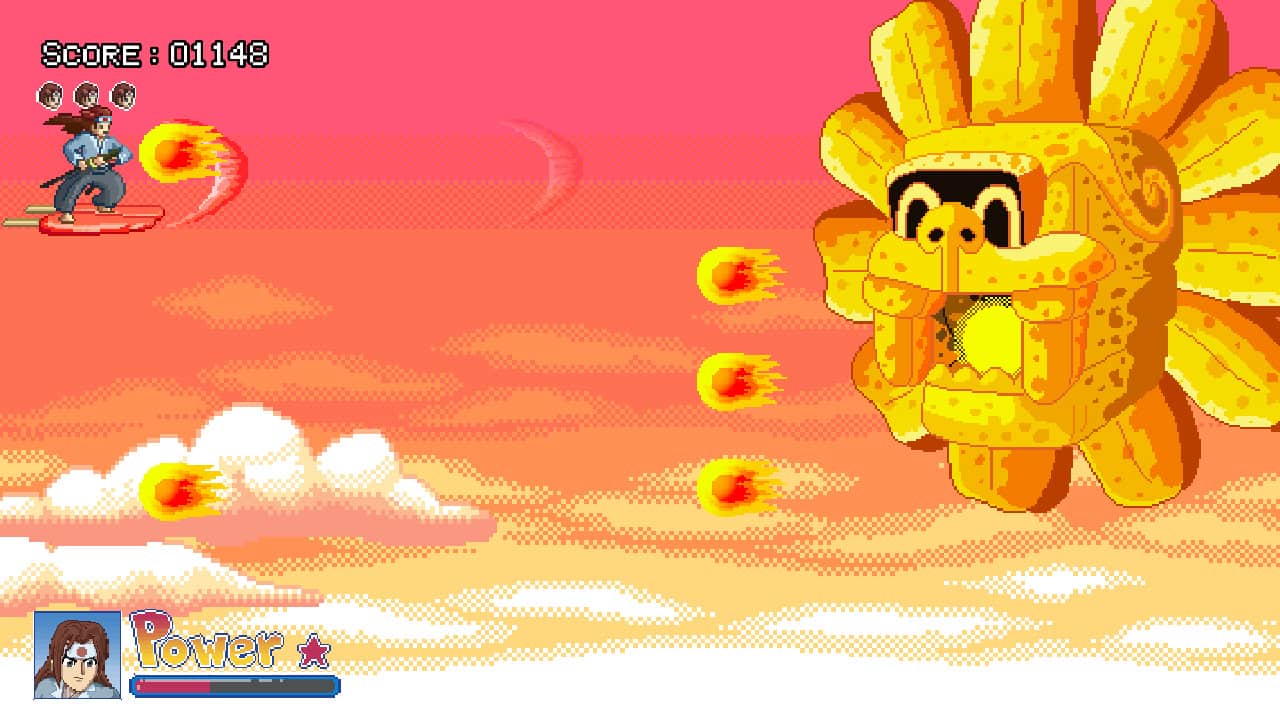 Ice Cream Surfer isn’t a bad game per se but rather a forgettable one. In fact, what disappointed me the most about this game was just how average it all was. Perfectly playable and fine for a quick playthrough there was very little to bring me back in for repeated plays, something any good shoot ‘em up should want to make you do. Even when adding another player to the mix it wasn’t long before the novelty wore off and we moved onto another game.

Ice Cream Surfer won’t surprise you nor will it amaze you. What it delivers is a fairly average shoot ‘em up experience wrapped in a cutesy exterior. And with the Switch already having received examples of this genre including the recently released, and excellent, Ikaruga, Ice Cream Surfer has a hard time standing tall against its competition.