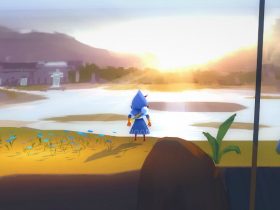 World To The West Uncovers An Ancient Prophecy On Nintendo Switch

Good Shepherd Entertainment and Italo Games have announced that Milanoir will release on Nintendo Switch this month.

It is an original pixel-packed action game that takes inspiration from masterpiece Italian crime movies of the 1970s, like Caliber 9 and Almost Human.

It tells a story of greed, betrayal and revenge, using a pixel art aesthetic that paints the unforgiving city of Milan in bright and bloody detail against a funky ’70s-style soundtrack.

You will sneak, choke, and shoot your way through the violent criminal underworld as you hunt for the man who framed you, surviving vehicle chases and gunfights in which you must take out anyone that stands in your way to do so.

The campaign can be experienced alone or with a partner in crime with two-player local co-op, that, as you will have expected, can be played with split Joy-Con.

Milanoir will release on the Nintendo eShop for Nintendo Switch worldwide on May 31st.