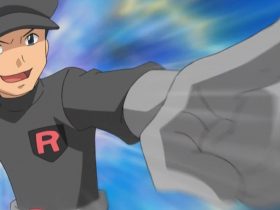 The Pokémon Company and DeNA have released a six-part video series that teaches you how to play Pokémon Masters.

These will provide fans with a deeper look at the upcoming mobile game, and cover the game’s battle and progression systems, Story Mode, how to evolve Pokémon and the special powers that come with evolution, and more.

Pokémon Masters takes place on the island of Pasio, where the rules of battle are different. The treasured bond between Trainer and their partner Pokémon is taken to the next level in Sync Pairs.

There will be 65 Sync Pairs to recruit in Pokémon Masters at launch, with more to come in time. To participate in 3-on-3 real-time battles, you must form teams from the Sync Pairs as you set out to become champion of the Pokémon Masters League.

That will let you team up with duos such as Korrina and Lucario, Brendan and Treecko, Clair and Kingdra, Cynthia and Garchomp, and more. You will meet Trainers and make new friends while progressing through the game’s story, who can then be recruited to your team.

In the real-time battles, you must sparingly release a barrage of moves at your AI opponent – the move gauge needing to refill over time. You can also direct Trainers to use moves and healing items to increase a Pokémon’s stats, while calling on more powerful Sync Moves when available.

Pokémon Masters will release as a free-to-start game with in-app purchases on compatible iOS and Android devices worldwide this summer.

How to Play Pokémon Masters – Moves