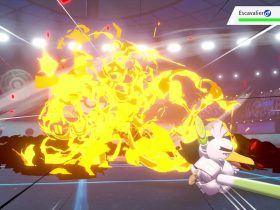 Those that spent time playing the Project Octopath Traveler Demo Version will have been asked to complete a short survey to provide feedback that has since helped developer Acquire Corp. to improve the game.

Square Enix has released a special behind-the-scenes video that sees the developer explain how they have listened to the concerns that players had to improve and increase movement speed, add a fast travel option, refine textures and objects particularly in dungeons, and add a destination radar to help guide you in the right direction, among others.

“Last September, we released a demo version of Project Octopath Traveler. The reception was simply incredible, with over a million downloads around the world, and 45,500 responses to our user survey,” producer Masashi Takahashi explained.

“We can’t thank each and every one of you enough for taking the time to share your opinions and words of encouragement with us. It’s been a huge source of inspiration to our entire team as we work to bring you a game that will meet your expectations.

“We believe we owe it to you to show how we’ve been implementing the feedback you gave us, so we recently visited Acquire Corp. and filmed a special behind-the-scenes video.

“As we’re still hard at work on the game, we can’t show you everything quite yet, but we’re hoping this will give you a preview of some of the most commonly requested improvements.

“We hope that you’ll enjoy this sneak peek, and continue to look forward to the full version of the game when it launches in 2018!”