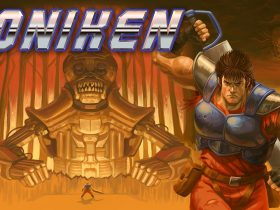 Retro-Inspired Oniken: Unstoppable Edition Out On Nintendo Switch Next Week

Game Freak producer Junichi Masuda has spoken about how the negative backlash in response to the National Pokédex’s absence in Pokémon Sword and Pokémon Shield has affected the development team.

He once again reiterated that the decision wasn’t made lightly and that their clear goal when creating every Pokémon game is to make sure that they are “really fun for fans.”

“We put a great deal of effort into developing each and every game as the project begins and we do feel that everyone having their opinion is important,” Masuda explained to Metro.

“But from a development perspective, when we go into deciding what way we’re going to take Pokémon in the future we have to make several decisions on what to put in the games and how we want to improve things or changes things as we go.

“So as part of that, we reached the decision to take out the National Pokédex and keep the Pokémon the way it’s been announced. There are many challenges we face as we go – different styles of gameplay we want to implement and we’ve got a lot of communications features that we are working on – and of course the one really big thing we always think about is how we can work to make the game really fun for fans.

“And as we were working on all of this we took the decision to make the Pokédex as it is, and from a development point of view that’s something we have to do each time and we put a lot of effort and thought into making those decisions.”

He added: “There was no real set decision of where to cut things off, nothing like once we hit 900 or anything like that. Really, it was the project planning, which obviously starts way before the start of the game release.

“And really, when we go into that project planning we think about what we want to create and how we can create the very best game for the fans.

“And in this case, we really decided to focus on the Galar region and the Pokémon within it, and so the result of focusing so hard on those, and really wanting to deliver the best game possible, we decided to restrict the Pokédex.”