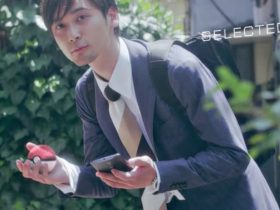 HMV have confirmed that their flagship store on Oxford Street will host the official midnight launch event for Wii U.

The retailer explains that they have “channelled extra stock” to the store, ensuring that all customers will be able to purchase a Wii U console on the night, with doors opening at 11pm on Thursday 29th November.

The first 100 customers in the queue will receive a free copy of New Super Mario Bros. U, as well as another Wii U game of their choice from the selection offered. Whereas the next 100 in line will receive a £5 gift voucher valid against Wii U hardware and software.

Wii U goody bags will be handed to the first 500 people within the queue, with further opportunities to win Wii U related prizes throughout the evening.

Ubisoft and Nintendo will demonstrate ZombiU (rated 18+), Nintendo Land and New Super Mario Bros. U during the run up to midnight, with promotional characters adding to the atmosphere.

HMV’s head of games Ewan Pinder commented: “We’re thrilled to be hosting the Official Midnight Launch Event for Wii U at our Oxford Street flagship, which is fast-becoming the natural home of all major games launches in the UK.”

“We can’t wait to get the Wii U into the hands of our fans in the UK and are delighted to be partnering with HMV on this exciting night,” added Nintendo UK marketing director, Shelly Pearce.

“Not only will those that come down to HMV be amongst the first in the country to get their hands on the console but there will be lots of opportunities to try the games and to find out more about what makes Wii U such a unique new console.”