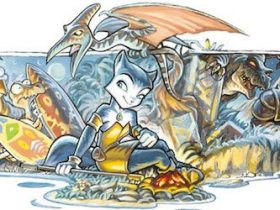 UK retailer HMV have just detailed their console trade-in offers ahead of the release of the highly anticipated arrival of the Nintendo 3DS on March 25th.

Firstly, if you trade in your old DS console against pre-ordering a Nintendo 3DS, HMV are stating that you could save up to a sizeable £110. We presume that this encompasses all models including the DS, DS Lite, DSi and DSi XL, yet, unfortunately, you’ll have to ask in-store for more details. Be wary though, such an offer is only available until 18th March.

Alongside this, they are also listing various trade-in prices for your other consoles that will see you be able to claim up to £190 worth of in-store credit, although someone should perhaps explain to HMV that the DSi XL is worth a little more than its smaller DSi cousin – £60 credit for either, what?!

The amount of credit you’ll receive for your respective consoles are as follows: