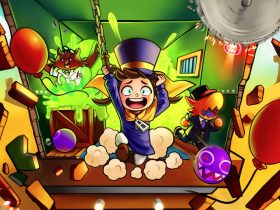 A Hat In Time Switch Release Date Locked In For October

The Pokémon Company and Game Freak have revealed that HMs – or Hidden Machines – have been removed in Pokémon Sword and Pokémon Shield.

This change continues on from Pokémon Sun and Pokémon Ultra Moon, in which a decision was made to replace HMs with Ride Pokémon – who could perform special moves that could be used to overcome obstacles in the world.

“I think they played a role in the series traditionally to be like the relationship between a door and a key; the HM will unlock something and you’re able to progress and feel the ability to go to a new place,” planning director Kazumasa Iwao explained to Game Informer.

“We didn’t have them in Sun and Moon, and this time around, we didn’t feel it really matched the concept, especially with the Wild Area and wanting to have this higher degree of freedom. The player can kind of choose how they want to engage with the gameplay. Having the more HM-based elements, we didn’t feel it really matched the game, so this time around they’re not in it.”