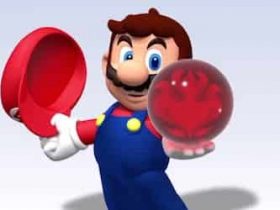 Final Fantasy creator Hironobu Sakaguchi wanted Square Enix to continue Chrono Trigger as a series, although lost his fight with management over the decision.

His comments came during a PAX Prime panel, ‘Hironobu Sakaguchi Reflection: Past, Present, Future of RPGs,’ where he explained that he had hoped that it would one day “evolve into something like Final Fantasy” in regards to serialisation. That wasn’t to be, and it was only followed by Chrono Cross which Sakaguchi wasn’t involved with.

“We wanted to continue it as a series,” Sakaguchi explained. “… But — and I think the statue of limitations has passed and expired so I think I’m okay saying this — but we just didn’t see eye-to-eye with management, and so I went and fought for it, and I officially lost the battle.”

He later moved to create his own studio Mistwalker, with whom he developed Blue Dragon and Lost Odyssey for Xbox 360 and The Last Story for Wii. While there are no plans to continue with successive releases for these, Sakaguchi did share that it would be nice to have an opportunity to do so.

“Just between some of us that worked on it, we would hope or we talk about it once in awhile that we’d like to,” he admitted. “All those IPs, there isn’t a continuation or a series. Nothing’s confirmed. But again, it would be nice to be able to work on a continuation of my old creations.”