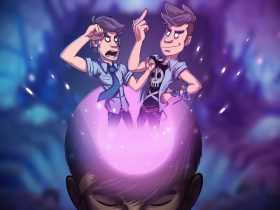 Headspun Battles Logic And Emotion On Nintendo Switch This Summer

The Game Bakers has revealed the opening movie for their next project Haven, a story-rich RPG that will release on Nintendo Switch.

This has been created and directed by Yukio Takatsu with support from Yapiko Animation and original music by Danger.

It has looked to convey the essence of what the developer is looking to bring to life with the game – characters who love each other but whose established relationship is still evolving.

“Opening movies really set the mood before you start the game. The first time you launch the game, you get a peek at the tone, the values, the characters,” explains creative director Emeric Thoa.

“Watching them years later, they revive the memory of the whole adventure. Hopefully, we can create that long-lasting connection for Haven, with a memorable opening that captures the game magic.”

In Haven, you share the journey of two lovers – Yu and Kay – who have escaped to a lost planet where the only thing that matters is that they stay together.