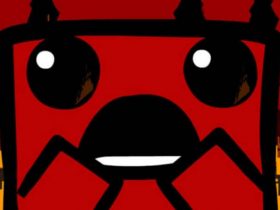 There’s a lot to love about Miku’s first foray on Nintendo Switch. Mega Mix features over 100 songs, an entirely new optional gameplay mode in Mix Mode which takes advantage of the Joy-Con’s motion controls, a heap of customization options, and more. Beyond everything else, it’s – for my money – easily the best rhythm game available on the platform.

If you haven’t played Project DIVA before, the series concept is simple – it’s a rhythm game, where notes fly across the screen in a sort of hectic neon goodness. On a base level, Mega Mix’s gameplay is almost identical – to the point where players can even change things to PlayStation button inputs in the menu, if that is what they’re accustomed to seeing. For all intents and purposes, players should feel right at home!

Let’s get it out of the way – Project DIVA Mega Mix is itself essentially a retooled version of 2017’s PlayStation 4 port of Hatsune Miku: Project DIVA Future Tone, itself a port of the arcade cabinet of the same name. While that game is in many ways identical to its PlayStation Portable and PlayStation Vita counterparts, some very core aspects of the gameplay are very clearly designed for the arcade cabinet’s unique control scheme and button layout – a problem that might not be immediately noticeable, but is nonetheless significant. Comparing how each song is played, between a “traditional” Project DIVA notemap and its Future Tone counterpart, showcases this difference rather well – namely, songs will be much harder to clear on the higher difficulties when using a controller, versus the original horizontal button layout that arcade players would have access to.

This was a problem on the PS4 version of Future Tone, and it’s a problem on Mega Mix as well. I should stress that this isn’t just a problem that will be noticeable to players that have had the chance to try the original arcade release – the difference in notemap design will be noticeable to any series veteran, and even if this is your first time playing the series, chances are you’ll notice that something doesn’t feel quite right once you start reaching those higher difficulty songs. While these notemaps feel entirely at home on an arcade cabinet, or if you’re using the imported arcade controller, there’s an obvious disconnect when playing those same songs with a controller. The optional macro support for shoulder buttons helps a bit, but it’s as much a band-aid solution now as it was three years ago.

The fact that Mega Mix is so clearly a retooled Future Tone makes certain other aspects of the game stand out as well. While Future Tone on PS4 had a track list spanning over 200 songs, Mega Mix has about half that, with extra DLC coming down the line. This is undoubtedly a bit of an odd situation – I could definitely see why folks might decry such a culling of the track list when the game made the jump to Switch, even if it now sports a different name. But, at least a portion of the tracks are entirely new and comparing Mega Mix’s songs to the number that players would’ve been accustomed to on PSP and Vita, it’s still a massive jump in song count compared to those. Not to mention that, even if I personally only saw Mix Mode as a distraction as a longtime fan of the series, designing entirely new gameplay and notemaps for those songs undoubtedly must have been a ton of work.

As an aside, while I enjoyed the vast majority of the new songs added to the games, one thing stood out when playing them. Project DIVA as a series, for the most part, has elected to use edited down versions of songs for the purpose of gameplay brevity – so that players won’t be forced to play a full four-minute song on Extreme mode, for example. For whatever reason, all of the new songs added with Mega Mix are unedited, and are used in their entirety. This, coupled with the notemap issues that I mentioned earlier, means that players will be stuck playing these songs for longer than anything else in the game, and despite only being introduced with this console version of Future Tone’s gameplay, their notemaps are still clearly designed around the arcade experience. It seems likely that these songs won’t remain exclusive for long, and if they haven’t already found their way to arcades, they’re more than likely going to make the migration sooner than later.

It’s also very odd that some of these songs opt to omit the traditional 3D model renditions of music videos for a simple video file playing in the background. While I don’t really have an issue with this myself, IA/VT Colorful on Vita from Marvelous mixed and matched pre-rendered videos with songs that made use of modeled dancers and I thought that was fine, it’s still nonetheless noteworthy due to the fact that Project DIVA has never strayed from in-game renders in the past. It’s also at least a little puzzling, considering that one of the selling points for Mega Mix was that character models are now rendered in a more cel-shaded style – that some of the entirely new songs for Mega Mix drop these character models entirely is certainly an inspired decision.

Taken as a whole, Hatsune Miku: Project DIVA Mega Mix as a title certainly lives up to its moniker – as a game, it feels like a bag of trail mix. Not everything really fits together all the time, but it’s still a ton of fun, and I doubt many are going to complain. That doesn’t make it any less weird, but if anything that weirdness feels at home with Project DIVA’s identity. If anything, I’m more than happy to bring this mix of treats with me on the road.