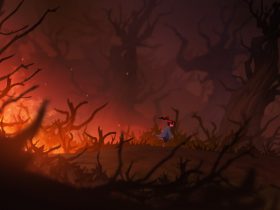 SEGA has confirmed a release date for Hatsune Miku: Project DIVA Mega Mix, which will receive a digital-only release on Nintendo Switch next month.

The rhythm game series starring the virtual superstar comes to the portable home console for the first time, with 101 songs packed into the game that range from fan-favourites from the past 10 years as well as new additions.

You can create playlists of your favourite songs to watch whenever you like, and there are more than 300 outfits to choose from as well as the chance to customize your own t-shirt.

There are two play modes, playing the game as if you were singing the song in the classic Arcade mode or waving the Joy-Con in rhythm in the Mix Mode.

The game is now available to pre-order on the Nintendo eShop, with a choice between the base version ($39.39) or the Mega Pack ($59.99) that comes with six downloadable content song packs that add 36 more songs. These song packs will be released individually after launch ($6.99 each) or as a bundle ($29.99).

Those that pre-order the game will receive the Theme Song DLC Pack, which adds four playable versions of the theme songs from previous Project DIVA games. This will be freely made available to everyone from 12th June 2020, and adds:

Hatsune Miku: Project DIVA Mega Mix will release exclusively on the Nintendo eShop for Nintendo Switch worldwide on 15th May 2020.