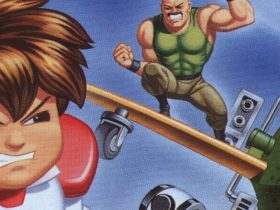 Harvest Moon: A New Beginning will arrive in Europe this year, it has been confirmed.

Zen United have announced that publisher Marvelous AQL Europe will bring the Nintendo 3DS exclusive to European shores this year, with further announcements to be made in the near future..

“Harvest Moon is one of gaming’s best-loved and most enduring franchises,” comments Marvelous AQL Europe’s CEO Harry Holmwood. “We’re very pleased to be working alongside Zen United to help bring Harvest Moon to a wider audience and ensure its continued success.”

Zen United director Geraint Evans added, “We’re very proud to be working on such a great series, and A New Beginning is undoubtedly one of the best in the series so far – we’re hugely excited to be involved in the future of Harvest Moon.”