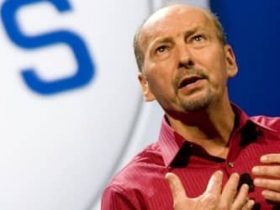 Moore: Wii U “out of sync with the future of EA”

The most recent film adaptation of the Harry Potter series is set to be released in cinemas around the world this week, despite originally being scheduled for release last November, and as with all previous films in the series we find alongside it sees the release of a multi-platform game based on its story.

The original series of seven books, written by J.K. Rowling, are celebrated for creating a vibrant magical world in which the story is based, enabling the author to captivate millions of readers of all ages around the globe through the inclusion of a strong variety of characters, a main plot line that would always keep its readers guessing as to its twists and turns, and a continually developed back story helping to broaden the history of the characters.

Since the first books release in 1997, there have been a cumulative amount of over 400 million copies of the series sold worldwide which, of course, led to Warner Bros. acquiring a licence to make films based on the books in 1999 from Rowling – four of which are in the top 20 highest-grossing films ever created.

… and finally to my point. You would think that after being given a licence to make a game from such a successful multi-million-pound franchise, that the outcome would be so much better than this recent game release. With such a broad fan base and the potential for a larger budget from the franchise’s success, it is surprising to find such an average game that even the most die-hard Potter fans may discover to be hard to enjoy. 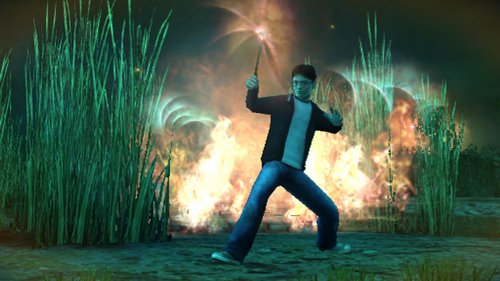 The game itself is entirely built in a huge sandbox environment that is based on Hogwarts Castle which, to be fair to EA, has been recreated in striking technical detail and accuracy that it will no doubt impress the fans. However, this same environment was used in the previous Order of the Phoenix game and has only been marginally improved and expanded in comparison. Certain areas weren’t included in the previous game, and it will be disheartening for fans to find that they haven’t been added here for exploration either. EA claimed this to be a complete version of Hogwarts to date, yet fans will surely be disappointed when wishing to gain virtual access to every area of the castle – Dumbledore’s Office and the interior of Hagrid’s Hut are a few of the areas that are ‘off limits’ for example.

Navigation around the castle is relatively easy as you can bring up the start menu, select a destination, and Nearly Headless Nick will appear to guide you all the way. It definitely makes getting around the castle much easier, but a number of times you run from one side to another, you will begin to wish there was a faster method of transport – it is a school for Wizards of course!

Being a ‘School for Witches and Wizards’ you would also have expected EA to have built upon the spells that can be cast whilst walking around the castle grounds, yet they have actually reduced the amount included compared to Order of the Phoenix – with only Incendi, Reparo, and Wingardium Leviosa available this time. 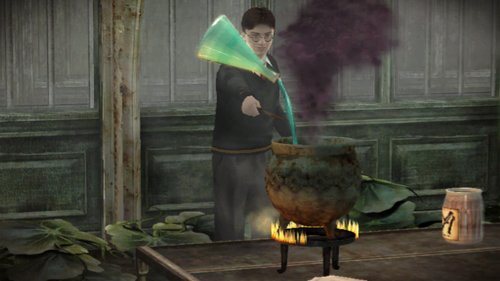 The main story itself will take most gamers just under 4 hours to complete, and essentially consists of running between cut scene events and repeatedly completing various stages of the three mini game style mechanics that are used.

These include: Duelling which involves a one to one duel against another student, using a variety of offensive and defensive magic spells; Potion-mixing, where you follow various instructions to the right of the screen – adding in certain ingredients, stirring and heating until the potion becomes a certain colour; Quidditch, making a re-appearance having not been included in the film tie-in games since the early PS1 games – this involves guiding Harry through green star rings as he races around the pitch trying to catch the Gold Snitch, whilst being bashed by other players trying to push you out the way.

Each of these also has its own ‘Club’ in the game, which provides challenges for you to aim to get 5 out of 5 stars on. This added a few hours game play time, and each was relatively fun to do – although after a while they do begin to feel a bit repetitive, especially as the story progression has you doing exactly the same thing.

In aiming to add some longevity to the game, EA has added in 150 Hogwarts crests – 125 of which are scattered throughout the castle, requiring you to use spells such as Wingardium Leviosa on objects that are then thrown at crests on walls to knock them off, for example. The other 25 are collected through gathering mini-crests that are extracted from a variety of objects around the castle – which soon becomes a chore, rather than something that feels worthwhile in doing. 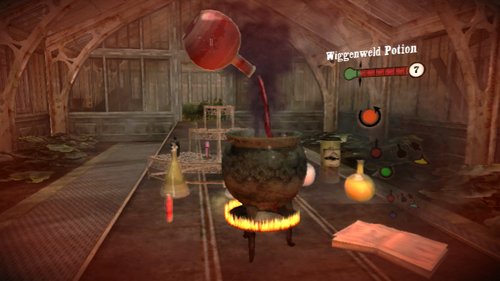 This is mainly because, in previous games, gathering such collectibles would entitle the player to watch interviews with the actors from the films or various mini games, yet in Half-Blood Prince the only thing that you are able to unlock is extra character skins for the only multiplayer component – a two-player Duelling mode, which in itself is actually quite fun with another player. For those aiming for achievements or trophies, collecting these crests will add a few hours to the game – yet for those who aren’t, there seems little point in scouring Hogwarts for them. Adding such collectables in games is great for the satisfaction of achieving 100% completion, but not when they’re only added to aim to extend a poorly developed 4-hour main story.

In terms of controls, it is clear that some of the ideas have been more directly aimed at being controlled via the Wii Remote and Nunchuck – stirring and heating potions during mixing requires on an Xbox 360 controller to repeatedly move the right thumb stick in a circular direction or up and down at quite a speed, and didn’t seem overly practical in my opinion – resulting in a lot of ache! However, the spells did work rather well, especially during duels –which are again mapped to various movements on the right thumbstick.

Finally, graphically, the castle and characters look relatively good – although I encountered a few issues with facial animation at times, and a lot of the voice over work (recorded by actors differing from the film adaptations) really doesn’t do the game justice at all – wait until you hear Professor Snape’s voice!

It is hard to wonder why, after the films seven month delay, EA didn’t continue to work on the game in adding any more depth to what they had already created – as what is contained will last most gamers a matter of hours, with an extra 3 or 4 hours for those seeking to gain all the gamer score/ trophies. The story is barely explained in any depth, perhaps assuming that those that play the game have already read the book/ seen the film – regardless, considering the depth of the source material, overlooking adding a stronger form of narrative in games such as this is inexcusable.

The sixth book is seen by many to be build up to the finale that is encountered in the seventh, but the game itself seems such a half hearted effort that it fails to portray any sense of the drama that was encountered in the book. Certain elements show a good progression with the continued development of aspects of the Harry Potter games, yet nothing really pushes the boundaries in creating the really special experience that many fans are probably waiting for.

Younger Harry Potter fans will surely enjoy running around the halls of Hogwarts, but whether it was the broad multi-platform choice that limited certain aspects of content development, there just isn’t enough variety to justify recommending this at its full retail price.