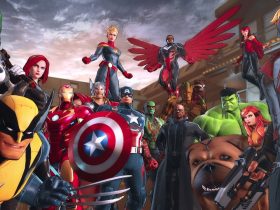 Nova-box has announced that their hand-painted musical adventure Across The Grooves will release on Nintendo Switch next month.

In this “novel-sized adventure” you play as Alice, a young woman in sunny Bordeaux who lives a stable and uneventful life. That is, until she receives a vinyl record from her ex-love Ulysse.

As she listens to the record, Alice relives the defining moments of her past and when she returns to the present everything has changed.

She will have to track down Ulysse across Europe to get her life back on track, not only unravelling this musical mystery but rediscovering herself along the journey.

Every decision that you make will change who Alice is, leading you down multiple story paths to reach a different ending – the mood-adapting soundtrack adapting and shifting to your choices.

Across The Grooves will release on the Nintendo eShop for Nintendo Switch worldwide on 17th June 2020.