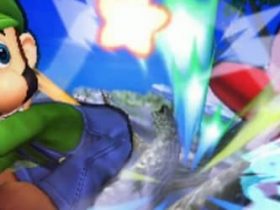 In news that will potentially alarm Nintendo, hackers have successfully found a method to disable the 3DS region lock.

Despite the Kyoto outfit’s honest business intentions, it has long been a sore point with consumers that Nintendo chose to block any ability to import games through implementing the restriction. And whilst we would never advocate piracy, this newly discovered solution allows you to play legitimately purchased cartridges on your system. No illegal ROMs, just retail titles.

Igniting my desire to play Tomodachi Collection, the downside here is that you’ll need your 3DS to have firmware version 4.5 installed. Which is an increasing rarity considering the 3DS now automatically downloads and installs system updates in the background. However you can use a flashcard with the old firmware to bypass this, a patched launcher file then making modifications to allow you to play cartridges outside the handheld’s native country.

Nintendo fans have been running a social media campaign directed towards the company, #EndRegionLocking, as they remain the only hardware manufacturer that chooses to do so. PlayStation 4, Xbox One and PS Vita are all region-free, whereas Wii U and 3DS have such restrictions.

Global president Satoru Iwata has previously attempted to address the issue, saying the choice wasn’t out of “business ego,” although that hasn’t stopped ongoing petitions.

[Thanks GBAtemp.net via Tiny Cartridge]