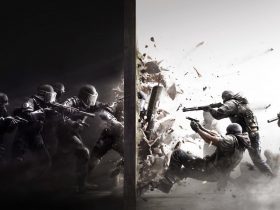 Crazy Monkey Studios has announced that Guns, Gore and Cannoli 2 will release on Nintendo Switch this week, which sees Vinnie Cannoli’s story continue – and this time it’s personal.

It’s 1944 and the war in Europe is entering its final stage. 15 years have passed since Vinnie survived the Thugtown Massacre, but, with some loose ends starting to crawl out of the past, he soon finds himself on the battlegrounds of World War 2.

With upgraded character mobility and 360-degree aiming, the humour-packed campaign will see you mercilessly fight your way through hordes of Nazis, zombies, monsters, gangsters and more.

You can also round up a platoon of up to four players, with online multiplayer and local co-op modes – teamwork being essential to surviving against waves of enemy goons.

Guns, Gore and Cannoli 2 will release on the Nintendo eShop for Nintendo Switch worldwide on August 2nd.