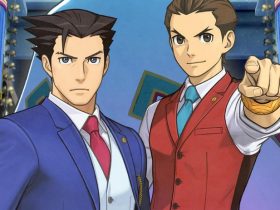 You may have thought that your dreams of becoming a rock star were over, but think again. Activision have today revealed Guitar Hero Live, looking to immerse you in the experience with a new first-person mode that will see you performing in front of a live-action crowd that will react to how well or badly you play.

Developed by FreeStyleGames, the studio that gave us DJ Hero, DJ Hero 2 and SING Party, Guitar Hero Live will also introduce playable music video network GHTV. The 24-hour mode will let you play along to official music videos, ranging from new releases to classic hits which promise to be continually updated.

There’s a new peripheral in play as well, with two rows of three buttons that cater toward all skill levels. Beginners will only have to use the bottom three buttons, whereas Medium-level players can use two-row combinations to mimic real chords. On the other hand, experienced players will now be tasked with creating complex chord-like shaps and finger combinations.

Fall Out Boy’s Pete Wentz and My Chemical Romance’s Gerard Way will join Activision CEO Eric Hirshberg and Jamie Jackson, creative Director and co-head of FreeStyleGames, at the Best Buy Theatre to showcase their songs, whereas fans can test their Guitar Hero Live skills at the following events:

Guitar Hero Live will release for Wii U in Europe and North America later this year.