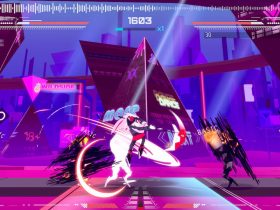 Arc System Works has announced that Guilty Gear XX Accent Core Plus R will release on Nintendo Switch, marking the first time that the fan-favourite fighting game series will appear on the portable home console.

First released at arcades back in 2006 as Guilty Gear XX Accent Core, the game underwent a tuneup to optimise each character for competitive play before brawling it out PlayStation 3, Xbox 360, PlayStation Vita, and PC.

The game has 25 playable characters, modes like Survival, M.O.M., Mission, and Training Modes, over 100 artist illustrations to unlock in Gallery mode, and online multiplayer to go up against friends and strangers in Ranked or Player matches.

And, you’ll fight it out against a metal soundtrack that has been composed by renowned Korean rock artist Shin Hae Chul.

Guilty Gear XX Accent Core Plus R will release on the Nintendo eShop for Nintendo Switch worldwide in 2018.