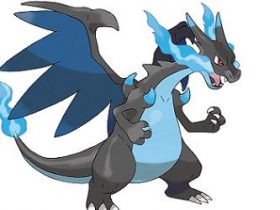 Mega Charizard X announced as an exclusive for Pokémon X

Wrestling toward a Nintendo eShop release, this new version is “coming soon” and will incorporate all previously released downloadable content, and will expand upon the original story by delivering new levels and boss battles, with new abilities also on the cards.