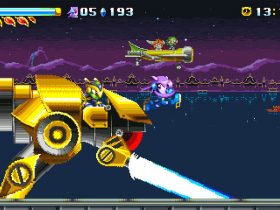 Feral Interactive has released a new launch trailer for GRID Autosport, which is now available on Nintendo Switch.

The Codemasters-developed game comes to Nintendo Switch packed with high-speed thrills, realistic handling and a difficulty level that scales to your skills.

You will be challenged to become a pro-racer, mastering the world’s fastest cars to win motorsport’s most exhilarating races, whether that be the prestigious Circuit of Spa-Francorchamps or the narrow city streets of Barcelona.

With all downloadable content to be included, you will have access to 100 cars, 100 circuits and some new additions like tilt controls and custom controls. The game “will initially be single-player only,” but a free multiplayer update is in development.

The port to the portable home console has HD Rumble, configurable controls (including gyroscopic motion controls), and optimization modes that let you choose between three graphical settings: