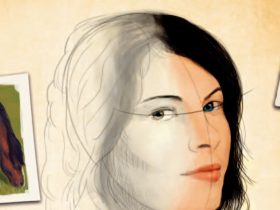 Gradius very much helped shape my taste in games. So, it proved a welcome surprise to see Konami release the game on 3DS Virtual Console, especially as the game perhaps wouldn’t have been anyone’s first choice as an addition to the service.

Yet for me, only Castlevania III: Dracula’s Curse would be my most desired above Gradius, in terms of preference. 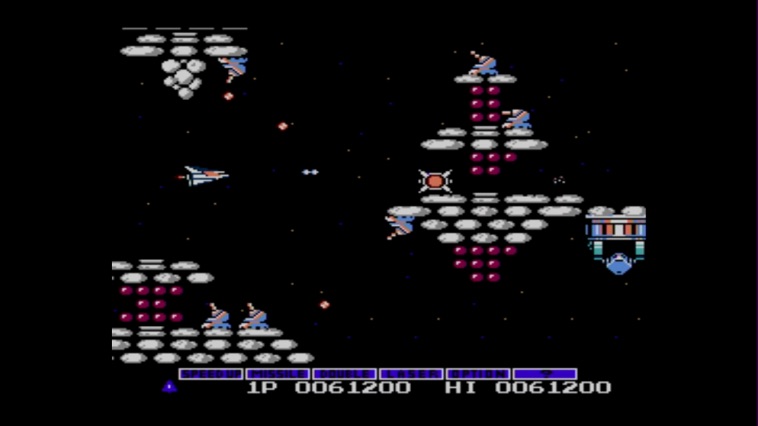 Whilst you initially only have access to a simple weapon, your progression rewards you with power-ups that increase your speed, firing speed and direction. 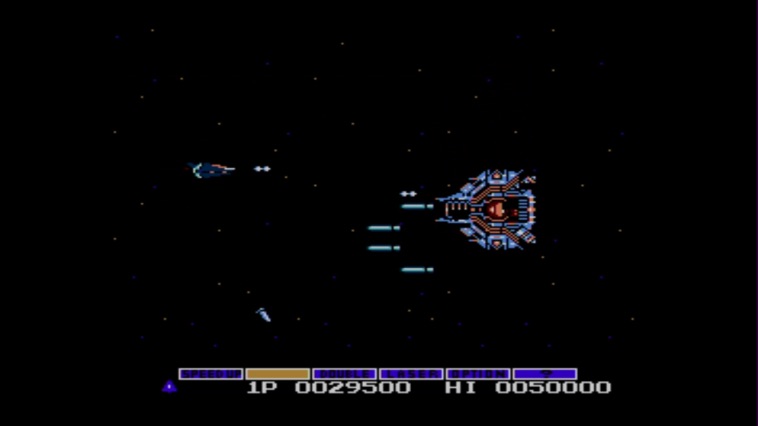 When the game first came out I remember it feeling blisteringly fast, but now the game feels much slower. Oddly enough, I think this actually helps make the game better and more strategic.

Gradius is a great entry point for gamers who have never played a side-scrolling shooter, whilst also holding a lot of great gameplay for shooter pros.