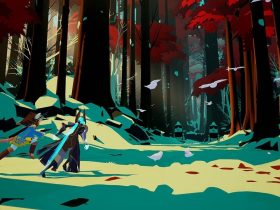 Omensight: Definitive Edition Out On Nintendo Switch Next Week

After partnering with Midnight City, The Fullbright Company had revealed that they were to bring their interactive story adventure Gone Home to Wii U.

With the financial troubles rocking Midnight City’s parent company Majesco Entertainment, it has been revealed that the console version is sadly “not actively in development any longer.”

That’s according to designer Steve Gaynor, who made an appearance on Kinda Funny Games’ livestream during GDC 2015 this week.

“And, unfortunately, we don’t have exciting, good news about that, I wish I did,” Gaynor began. “Yeah, it’s been quite a while, and as you kind of sensed, there’s been some delays and maybe you have seen some things that have changed with Majesco.”

He continued, “At this point, unfortunately, I have to acknowledge that Gone Home for console is not actively in development any longer. That deal with Majesco has sadly come to an end. So, we don’t really know what that means for Gone Home for console for us. In the immediate term, it’s no longer a going thing.”