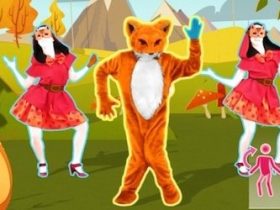 Just Dance 2015 announced for Wii U and Wii

Whilst today may have seen the launch of Wii exclusive Goldeneye 007 across North America, it also saw Activision release a further video documentary regarding the title.

Entitled ‘Behind the Music,’ within we gain an insight into Pussycat Doll Nicole Scherzinger’s involvement within the project, having recorded her own version of the classic theme previously sung by Tina Turner for the 1995 film.

Goldeneye 007 is currently available for Wii across North America, with it due to release across Europe on November 5th.

You can catch it in full below: