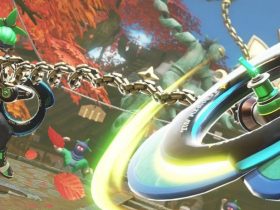 Koei Tecmo and GUST Studios have revealed that Gildarts has the joined the playable character roster in their upcoming magical JRPG, Fairy Tail.

The S-Class Mage boosts the roster to 16 playable characters, who can use Crush magic to reduce anything that he touches to rubble.

He will support Natsu and other party members, coming to rely on his overwhelming strength to help swing the odds in the guild’s favour.

The game’s Eclipse story arc has also been revealed. This will revolve around Project Eclipse, an experient that opens up a gate to the past and unleashes Dragons that had lived more than 400 years ago into the present timeline. It’s up to you to help Lucy and her friends survive a fight against the great dragon Zirconis.

With the chance to build your five-character dream team from 16 playable characters, in the main game you will adventure across the Kingdom of Fiore in your quest to raise Fairy Tail to become the best guild in the region.

Fairy Tail will release for Nintendo Switch in Europe on 25th June 2020 and across North America on 26th June 2020.