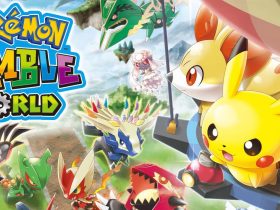 Brian Martel, chief creative officer and co-founder of Gearbox Software has shared his thoughts regarding Nintendo’s recently announced Wii U console, stating his belief that “it’s going to be a really cool stop-gap in between this generation and the next generation.”

He also believes “it’s really smart of Nintendo,” with Martel making such comments during an interview with IGN.

“Right now we’re still finding out what kind of final tech specs the Wii U is going to have,” Martel explained. “But we like the system a lot; we think it’s going to be a really cool stop-gap in between this generation and the next generation. We think it’s really smart of Nintendo, and the fact that as a platform it’s a lot more capable for hardcore first-person shooter-style gaming – for us that’s fantastic.”

Further to this, Martel then went on to discuss the ideas that the studio has with incorporating Wii U’s hardware and innovative controller into their forthcoming title, Aliens: Colonial Marines.

“We’ve got the [Aliens: Colonial Marines] engine running on the Wii U, and as far as the console goes, you’re going to see textures at a resolution that you haven’t seen on [the current] generation,” Martel discussed.

“But the thing we’re most excited about is: what can we do with the controller? So the obvious thing for us is that we can do the motion tracker [on the controller screen], or the sentry gun information – all that kind of stuff. That stuff is really sexy for us. Getting the information off the screen and onto this device is a fantastic idea, right? So can we have a HUD-less environment? Yeah, probably. That would be fantastic, right?”