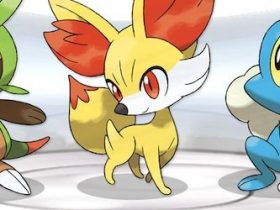 The Nottingham-based developer had announced that the port was on the way back in November 2015, but things had fell silent since then.

Created with hand drawn art, the game will test your patience as you navigate increasingly punishing gauntlets while boosting, teleporting, reversing and rotating to survive. That will see you dodge spinning blades, uncover secret treasure chambers, and break your way through coloured barriers to achieve the highest score possible on the leaderboard.

With a soundtrack penned by Stephen Matthew White, Gear Gauntlet promises to keep you occupies for hours on end with its gleeful “raging fun.” It should see release on the Nintendo eShop in the coming months.