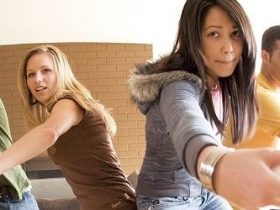 GameStop have confirmed that they sold 320,000 Wii U consoles worldwide during Christmas.

Such a figure, presented through the retailer’s latest sales report, covers the nine weeks that preceded December 29th 2012.

Although with the Wii U launching on November 18th in North America, and November 30th in Europe and Australia, Nintendo’s latest home console was only on store shelves for six of these weeks.

Still, GameStop deemed the console’s release as being “successful,” despite global sales during the festive period declining from the prior year to $2.8 billion (£1.7bn).