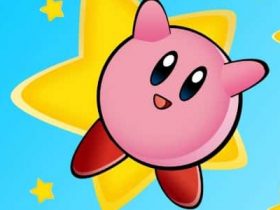 During their earnings call this week, video games specialist GameStop have commented that whilst the company was able to capture a large market share following the Nintendo 3DS’ launch, they now project slower-than-expected sales within the near future.

He continued, “I think there have been reports that the numbers are lagging from what the expectations were in the U.S., and I think our results will be in line with that. In [fiscal] Q2 [ending July], we do expect we will fall slightly short of what we expected. We were excited at the launch, but in Q2 we believe it will slightly lag [behind] our expectation.”

However, Bartel didn’t go into detail regarding the retailer’s projected sales figure for the Nintendo 3DS, but reported that fiscal Q1 sales hit $2.28 billion which was a 9.5% year-on-year increase driven in part by the arrival of the new handheld.

He mentioned that whilst the Nintendo 3DS launch lifted the current profile of the handheld gaming space, “it hasn’t been a significant increase in there. We anticipate the 3DS is going to continue to be the hottest handheld platform for at least the second quarter.”