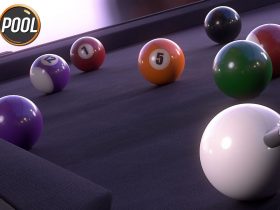 This Is Pool Makes A Break On Nintendo Switch

The Nintendo Switch system update version 4.0.0 has quietly added support for the GameCube Controller Adapter for Wii U, meaning that players can now use the lauded controller on the portable home console.

Detected as a USB controller, GameXplain shows that it can be used with Fire Emblem Warriors – although note that there are some limitations in comparison to the Joy-Con and Nintendo Switch Pro Controller button layout, and that other wired controllers, such as the Xbox 360 Wired Controller, do not work.

With the Virtual Console service’s continued absence on Nintendo Switch, a rumour had swirled that Nintendo European Research & Development (NERD) were hard at work engineering it for the console.

And, more specifically, that GameCube games were being prepared for release with Super Mario Sunshine, Luigi’s Mansion, Super Smash Bros. Melee, and Animal Crossing becoming the first. However, the world’s still waiting for news as to when Nintendo will launch the Virtual Console service on the platform.