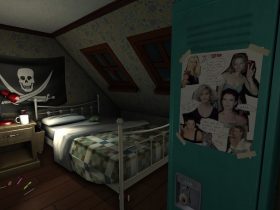 Pokémon Sword and Pokémon Shield game director Shigeru Ohmori has explained why the upcoming Nintendo Switch exclusives do not have voice acting.

That reasoning placed the blame of its absence on the amount of text that needs to be localised, along with the fact that the game is released in nine different languages at launch.

“There’s sort of two main reasons, so firstly this is an RPG with a whole lot of text that we’re then localising and releasing in nine different languages at the same time,” Ohmori explained to Metro.

“So from a purely practical point of view actually getting that organised and carrying out all the voice recording, the corrections and so on in nine different languages for release on exactly the same day is something that would be incredibly difficult.

“So, that’s one reason why we haven’t chosen to do it this time around. But the other reason is one of character image, in the sense of when you play a game, if you’ve got a voice on that character that instantly provides to the player an image, a feel for that character that they don’t generate themselves, it’s pushed on them from the development side.

“Whereas if we have really flavourful text, for those characters, but no voice the players can kind of create their own image of who that character is as they’re playing. And that’s something we really like to encourage as we’re creating games.”