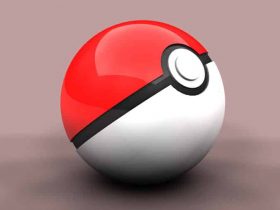 New Pokémon to be revealed in next film

With the controversy that now surrounds Pokémon Sword and Pokémon Shield, Game Freak has reiterated that they do not want the Pokémon that you have caught in the past to feel worthless.

Siliconera has worked hard to translate the points that director Junichi Masuda and producer Shigeru Ohmori made about the upcoming Nintendo Switch exclusives in an interview with Famitsu.

In relation to the news that not all Pokémon will appear in the games, Masuda has explained that developing for Nintendo Switch has increased the amount of time that’s needed to be spent on graphics and animations.

And, with the series now having more than 1,000 Pokémon (which includes form changes), balancing Pokémon with new abilities has become much harder.

That has resulted in the decision that they have made, although it could remain the same even for future games – but, Masuda adds, it was a choice that they had to make sooner or later.

Ohmori explained that with Pokémon Sun and Pokémon Moon that had struggled to add all Pokémon. In needing to redo models for Pokémon Sword and Pokémon Shield, that had also led to the decision that they made. Although, he hopes that both the Wild Area and story will have enough content to make up for it.

Whether they can add more Pokémon in a future update is unclear at this point. If not, Game Freak those that don’t appear will return in future games thanks to Pokémon Home.